We have been helping Danil and his family for several years.
On February 21, 2022, Danil was expected at the Munich clinic for the final stage of operation to save and lengthen a leg destroyed by cancer and bad treatment in Ukraine. But the operation was postponed because of the outstanding debt for the previous stages of the treatment. And then the war has erupted, and we helped the family get to a safe place out of the shelling.
In addition to Danil, the family has another disabled child, his younger sister Mira, 10 y. o., with an anomaly in the development of the urinary system. The girl has also undergone many operations, including the kidney removal. Over the past eight years, the parents have been trying their best to save the life and health of their children, spending most of their time in hospitals, sometimes even being there at the same time: the mother with their daughter, the father with their son.

Danil’s story from his mother:
“Danil was born as a healthy child, but at the age of 9 he was diagnosed with osteosarcoma (cancer) of the left femur with metastases to the lungs. The treatment took place in Kyiv, at the National Cancer Institute. The road to recovery was long and difficult. During a year and a half, Danil has undergone more than 20 courses of chemotherapy, 4 of them high-dose, an operation to remove the tumor – together with the bone, two operations to remove the metastases from the lungs, one operation to lengthen the prosthesis. He has survived a relapse. With the first Stryker endoprosthesis installed to replace the removed bone, Danil has suffered for 2 years. The prosthesis was originally intended for an adult rather than a child. The knee did not straighten, it constantly swelled, the fluid accumulated in it and had to be pumped out at the Cancer Institute. During this time, the healthy leg grew by 7 cm. Danil has developed pains not only in the leg, but also in his curved spine.
In June 2017 at the Sitenko Institute in Kharkov, Danila was fitted with a new German growing prosthesis Mutars XPAND, which was supposed to equalize the difference in leg length. But a part of the bone crumbled during the installation of the prosthesis. The leg thus remained almost the same length as before the operation. Soon after installation, a huge fistula caused by staphylococcus bacteria has formed at the suture site on the knee. It literally began to corrode the son’s leg. The hole was so huge that the prosthesis itself could be seen through it. On the top it, six months after the operation, at the control examination, the X-ray revealed a malfunction in the block of the growing module – the prosthesis broke.”
In 2018, after 9 months of unsuccessful treatment of the staph infection in Ukraine, where Danil was simply proposed the amputation of a prosthetic leg, the family turned to Professor R. Baumgart. The treatment at the Center for Corrective Limb Surgery in Munich has included three stages and costed EUR 250,000. With the help of a German charity fund Herz für Kinder, and the Ukrainian charity funds Solnce v ladoshkah and Schastily rebenok, they managed to raise the bulk of the amount.
Over the next two years, Danil has undergone 5 operations, defeated the most difficult infection, Danil’s bones lengthened and grew to the state enabling the prosthetics. Now his health is normal, there are no side effects from the operation and procedures. Danil’s body is ready for installing a new prosthesis, which will allow him to freely move around without crutches. But the operation has been postponed indefinitely, because the debt to the clinic for the previous treatment has not been repaid. As of today, it amounts to EUR 12,076.42. 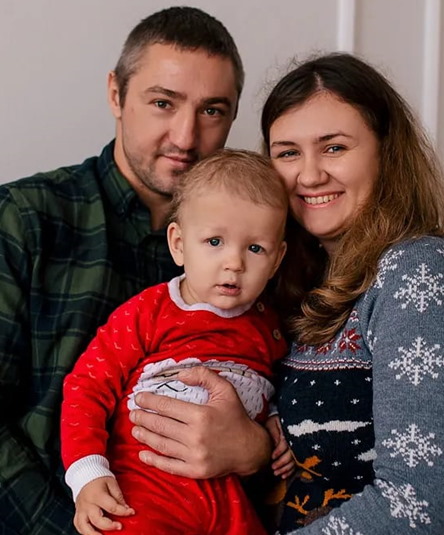 A year ago, the parents of little Mark have noticed a glow in the boy’s eye. After the examinations, the doctors have diagnosed him with stage 3-4 cancer of both eyes.
The baby was urgently hospitalized and they started his treatment at the Belarusian Cancer Center. Mark has received all possible treatment available in Belarus. However, for remission to occur, it is necessary to continue laser treatment. This laser is available in Switzerland, in a clinic specializing in the treatment of retinoblastomas. The boy is already undergoing treatment at the clinic, but Mark’s family and friends have exhausted their funds to pay the bills. Part of the amount to continue the treatment was covered by a German charity fund. The parents still need to raise about EUR 40,000. 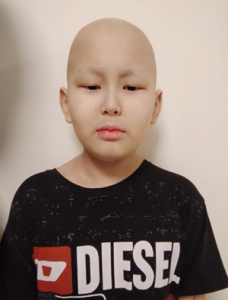 Since 2019, Adil and his parents have been fighting for his life. In January 2022, he underwent a bone marrow transplant in Turkey. That followed by a relapse: the family did not even have time to return home to Kazakhstan. The blast cells were found in the cerebrospinal fluid and testicles. This is the 3rd relapse that the family has to deal with. An urgent surgery and chemotherapy are needed. About EUR 147,000 euros is required for Adil to recover and return home in health. 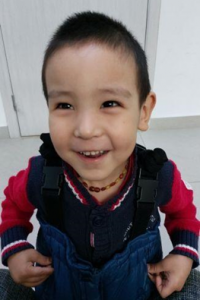 Little Ilshat has a very rare and serious illness. In Kazakhstan, there are only 2 more children with this diagnosis.
At 5 months, the baby developed a rash, the platelet count began to decrease. For a long time, doctors could not make a diagnosis. Ilshat underwent a series of various examinations and futile treatment. In addition to taking various medications, the boy underwent 15 sessions of chemotherapy. After that it became clear that the treatment was not helping, and the parents sent the materials for examination to Moscow. The answer with the real diagnosis of Ilshat came from there. This genetic disease is manifested by atopic dermatitis, hemorrhagic syndrome, deficiency of B and T lymphocytes. All this leads to frequent infections. Ilshat has regular nosebleeds, and an internal hemorrhage can occur at any moment. In simple words, Ilshat has no immunity. He spends almost all the time at home, because any infection is dangerous for him. A bone marrow transplantation can save the baby. Such an operation is successfully performed in a clinic in
Munich. The cost is EUR 300,000. The family has been raising funds for several months with the help of their friends, acquaintances and kind people.
It remains to collect EUR 83,990. 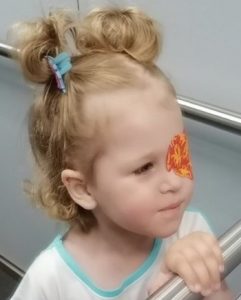 At the age of 3, Emilia was diagnosed with a terrible disease: eyeball cancer. The girl underwent 3 blocks of chemotherapy at home. The doctors gave a disappointing prognosis that it would not be possible to remove the tumor without removing the eye. However, Professor Francis Munier at the Jules Gonin Ophthalmology Center in Switzerland, has managed to operate on Emilia and save her eye. Now it is necessary to come monthly for the examination, the treatment and periodic MRI. The family’s resources have been severely depleted and they need help to for housing and travel. This amounts to approximately EUR 2,500. 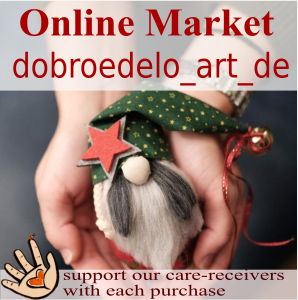 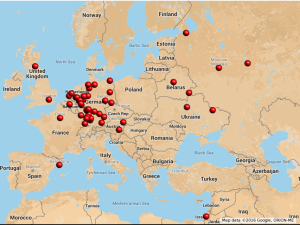